On 9 September 2015 Queen Elizabeth II claims the title as Britain’s longest reigning monarch, having reigned since the age of 25.

She acceded to the throne in 1952 following the death of her father and has reigned during a time of great change.

Below is a gallery of images from the Museum’s collection showing parties held for Queen Elizabeth II’s coronation around the Borough of Broxbourne. 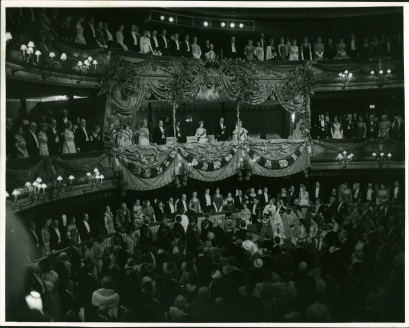 RECEPTION FOR COMMONWEALTH AFTER CORONATION